Safari West is home to much more than the exotic animals in our collection. The preserve sits on 400-acres of pristine Mayacamas mountain habitat and our giraffes and cape buffalo wander within expansive oak woodlands. Stunning red and green manzanita, and smooth-trunked madrone dot the property, and cottonwoods shiver in the breeze, scattering fluffy seeds across our acreage. The property supports all manner of local wildlife as well, from the turkey vultures that sun on our south-facing slopes each morning, to the ever-present deer, to the river otters which seem to reappear from nowhere each autumn to fish and frolic in Watusi Lake. 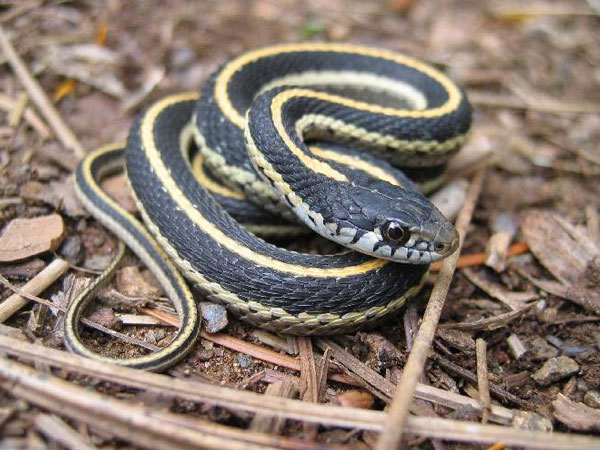 Most of the time, sightings of local fauna excite our guests. Deer are always fun to spot in the wild and some of the less common animals, like the turtles, otters, hawks, and herons fascinate as well. Every so often we spot a true show-stopper like the occasional soaring bald eagle or stalking bobcat.

There are a few animals, however, that when we encounter them, elicit not excitement, but fear and anxiety. If one slithers across the road in front of a truck, the usual responses range from squeals to screams. Sometimes, our guests want us to kill these sinuous creatures. On the whole, there just doesn’t seem to be a whole lot of love for snakes.

There are many, many species of snake to be found in this state, but today we’re only going to look at four. These are the four species most likely to appear on a safari tour and we’re going to talk about them because they’re amazing and beautiful creatures who deserve our admiration and respect rather than our revulsion and fear.

First up, let’s talk about garter snakes. There are several species of garter snake in our area, and telling them apart can be a little tricky (outside of color and pattern, there aren’t a whole lot of differentiating features on your average snake). For the most part, garter snakes are easy to identify based on three primary characteristics: they’re relatively small, they tend to be darkly colored, with long white or yellow striping, and they can move really, really fast.

In fact, many garter snake encounters wind up being little more than glimpses of black and yellow as the snake disappears through the grass beside a pond or stream. While not restricted to river banks, they are most frequently found in that kind of habitat and this probably has something to do with their preferred choice of prey. While they will eat virtually anything they can overpower, their small size means that for the most part, they stick to slugs, worms, frogs and tadpoles, and of course, the occasional rodent.

Garter snakes are among the least threatening of the local snake species. While they will certainly defend themselves if they feel threatened, they will usually choose to flee rather than fight. 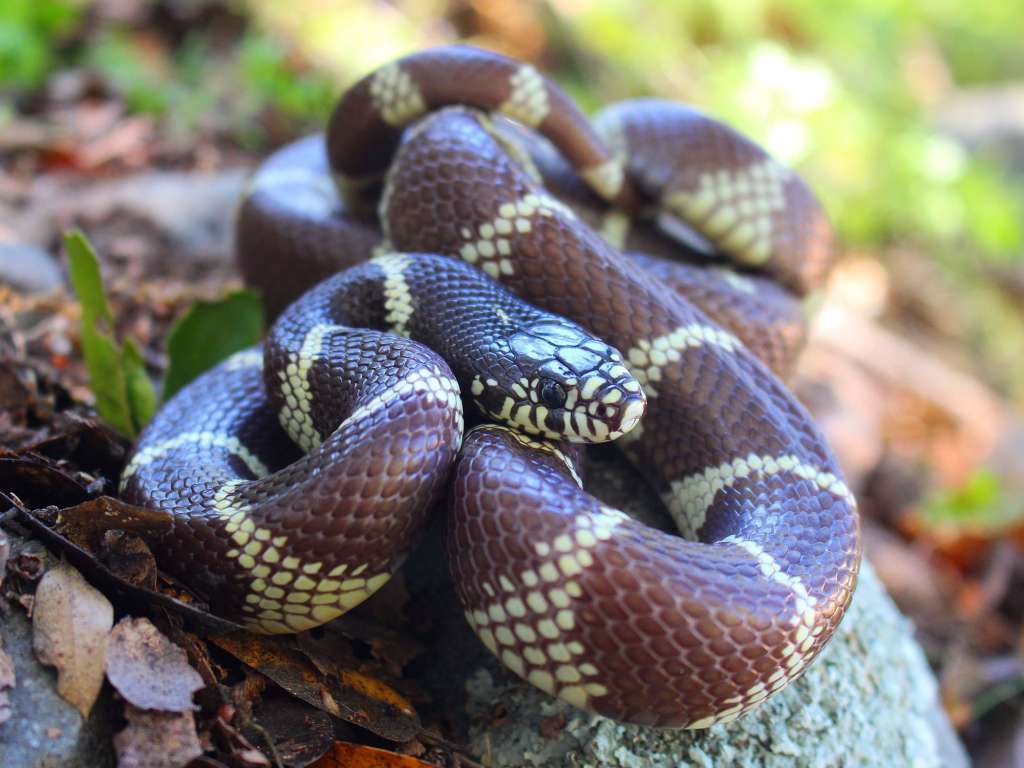 In fact, that’s true of virtually all snake species including the next on our list, the California kingsnake. You may have heard the old snake-related rhyme, “red and yellow, kill a fellow. Red and black, venom lack.” You could probably find maybe thirty different versions of this old mnemonic, but the message conveyed is the same throughout. If you’re looking at a red, black, and yellow banded snake, it’s probably either a kingsnake or a coral snake and which color borders which can tell you what kind. While coral snakes produce a potent venom, kingsnakes do not. That wizened old rhyme came about so people would know whether or not what they were looking at had the capacity to kill them.

You can go ahead and disregard that rhyme if it’s something you’ve been living by. First of all, while it’s mostly true in the US, it is patently untrue south of the border and there are exceptions here as well. Secondly, one of the kingsnake species found in Sonoma County completely lacks the red band and is a less flamboyant yellow-and-black-banded animal. Also, as a general rule, snakes in the wilderness are best appreciated at a distance and with respect, regardless of whether or not they could be venomous.

You are probably less likely to stumble across a kingsnake in the wild than the other snakes under discussion, if only because they’re very reclusive creatures. They like to hide out in the leaf litter or in rotting logs; generally staying out of sight as much as possible. If you do encounter one, you should know that alongside their absolutely beautiful coloration, the kingsnake is also relatively immune to rattlesnake venom. Care to venture why that might be?

Yes, kingsnakes are what we call “ophiophages,” meaning they eat other snakes, and rattlers are definitely on the menu. They accomplish this through constriction. Like the famous anaconda, the colorful kingsnake grabs its prey and wraps its strong body around it; squeezing it tightly enough to stop the flow of blood.

If you see a kingsnake out on safari with us or in your own backyard at home, leave it alone, it’s keeping the mice and rat population down, and helping keep the rattlers away at the same time. 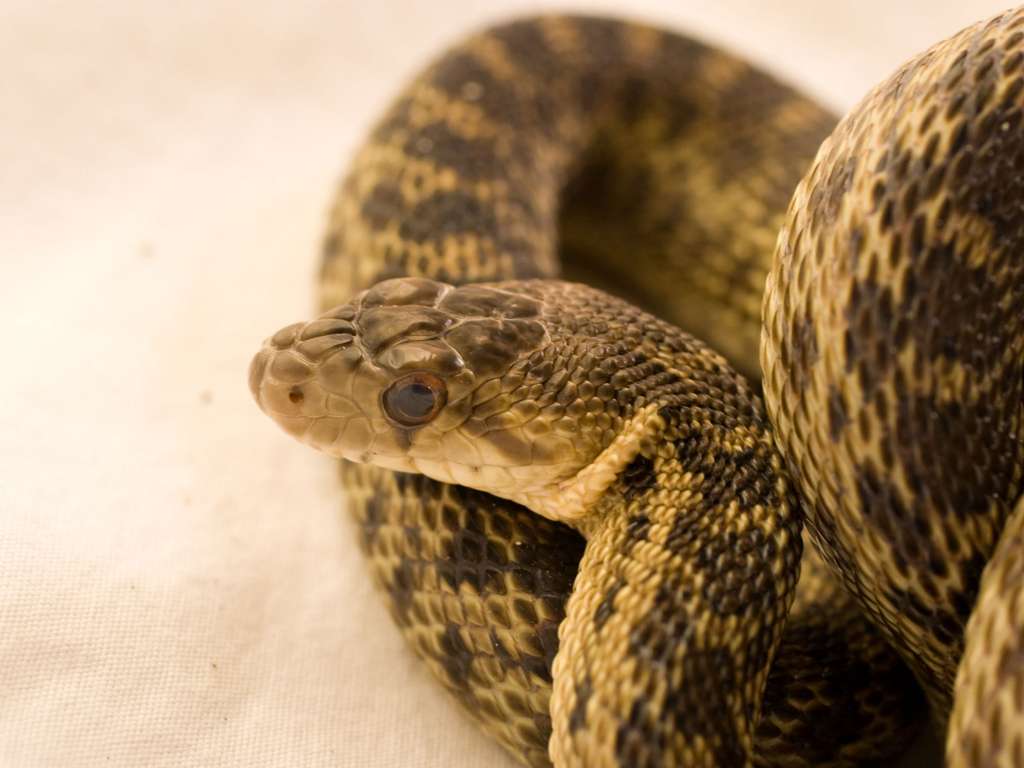 Another local species that has a strange relationship to rattlesnakes is the ubiquitous gopher snake (If you, like me, grew up in the central valley, you may know them as bull snakes). The species looks very similar to our Northern Pacific rattlesnakes. They’re roughly similar in size and coloration and both present with patterned skin; something akin to brown or gray diamonds laid over tan. Further confusing the two species, the gopher snake will coil when threatened and flail its rattle-less tail while hissing. Being mistaken for a rattlesnake by a hungry predator can be a great way to stay alive. Unfortunately, exhibiting this rattlesnake-like behavior to startle and sometimes shovel-bearing humans get a lot of innocent gopher snakes killed.

Here’s a tip. If you see something that looks like it could be a rattler in the wild, there are a few key features to look for. First, while a gopher snake’s head will be wider than its neck, it won’t have the distinctive arrowhead shape of a rattlesnake’s. Second, rattlesnakes have very girthy, heavy bodies with a high, raised backbone, while gopher snakes remain relatively slender along their length. Third, and easiest to check: does it have a rattle? If it does, that’s definitely a rattlesnake.

Be aware that just like the tails of lizards, rattles can break off. Just because a snake doesn’t have a rattle doesn’t always mean it’s not a rattlesnake. Again, appreciating from a distance is the best bet for all parties.

This brings us to our last snake of the day, and the one most people are either excited or terrified to meet: the rattlesnake. While there are many species of rattlesnake slithering around these United States, only one can be found in Sonoma County. The Northern Pacific rattler is a beautiful animal with an amazing set of adaptations. Their famous (or infamous) patterned skin makes them difficult to see in the leaf litter, while the pits from which pit vipers get their name make it virtually impossible for their prey to hide. The pits in question allow the snake to detect body heat, which makes them superb nighttime hunters. Even on the blackest of nights, any warm-blooded animal will be in full view for the patient rattlesnake.

Once they’ve got a target, they simply need to strike and back away. Unlike the kingsnakes which have to restrain and constrict their dinner, the rattlesnake simply strikes once, injects a dose of its potent venom, and backs off. The animal (usually a rodent) will flee, but it’s only a matter of time before the venom kills it. In the meantime, the rattlesnake need only follow the scent of its victim. By the time it arrives, the struggle will be over and there’ll be nothing left to do but eat.

Quite often when our guides encounter a rattlesnake of the trail, the guests shriek and shift in their seats. It’s not uncommon to have somebody ask the guide to run the snake over (which of course they never do). It’s important to remember that while rattlesnakes can be very dangerous to us humans, it’s almost universally our fault when something goes wrong. 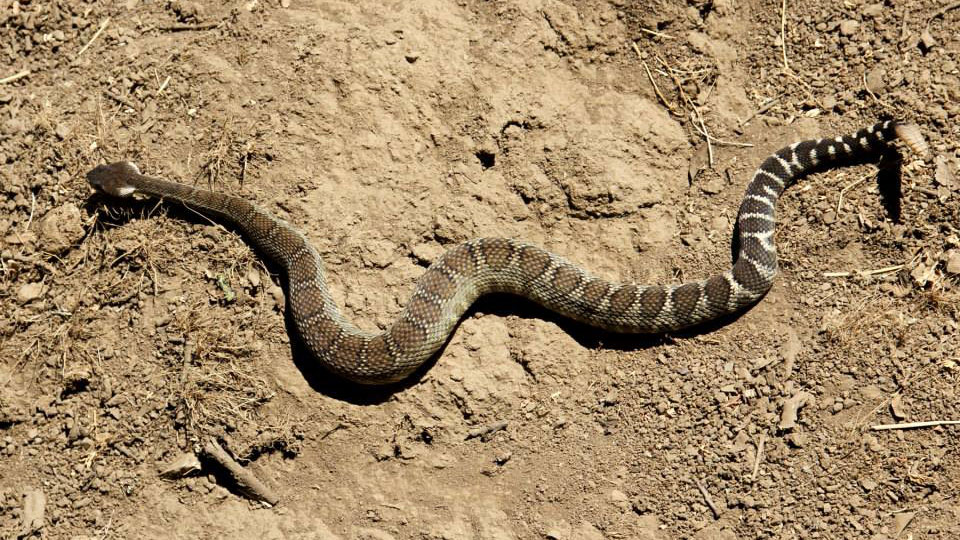 Snakes have no interest in us. We’re too large to eat and so big and loud that we inevitably scare off anything the snake might be hunting. Anytime a rattler encounters a human, it wants one thing and one thing only: to get away. Rattlesnake bites are actually fairly uncommon and fatalities even more so (you’re five to six times more likely to be killed by lightning than by a snake bite). Well over half the time that humans are bitten by rattlers, no venom is injected (again, why try to kill you? You’re too big to eat. They just want you to go away).

It’s also interesting to note that the majority of rattlesnake bites happen to men, usually between the ages of 18 and 40, and about 80% of the time, alcohol is involved. Taking a look at those statistics, it’s not hard to imagine that most of those snakes made a good faith effort at getting away before they decided to strike at somebody.

All of this is to say that although snakes can be creepy and scary (and in one case, fairly dangerous), we really like and appreciate them here at Safari West. All of these species, from the garter snake on up, are playing a part in keeping a variety of pests under control. In turn, these snakes frequently become meals for a few other species we love to see; specifically our red-tailed hawks.

That said, we do have some snake-control policies in place here at Safari West. For example, we try to keep them away from the tent-camp and guest areas. The roving flock of guinea fowl is a big help in that regard. On the rare occasion that we do find a snake on the lower grounds, we simply collect them and relocate them up the hill into one of the large habitats where they can do some good.

Next time you visit Safari West, keep an eye out. As we drive along the shores of Lake Watusi or climb the slope of Christmas Hill, you may just see one of these unique and impressive reptiles hard at work. If you’re the squeamish type, try your best to fight that reaction, relax, and observe. You’ll be rewarded with a rare opportunity to watch an amazing player in the Sonoma County ecosystem in action.

Safari Spotlight: Snakes in the Grass