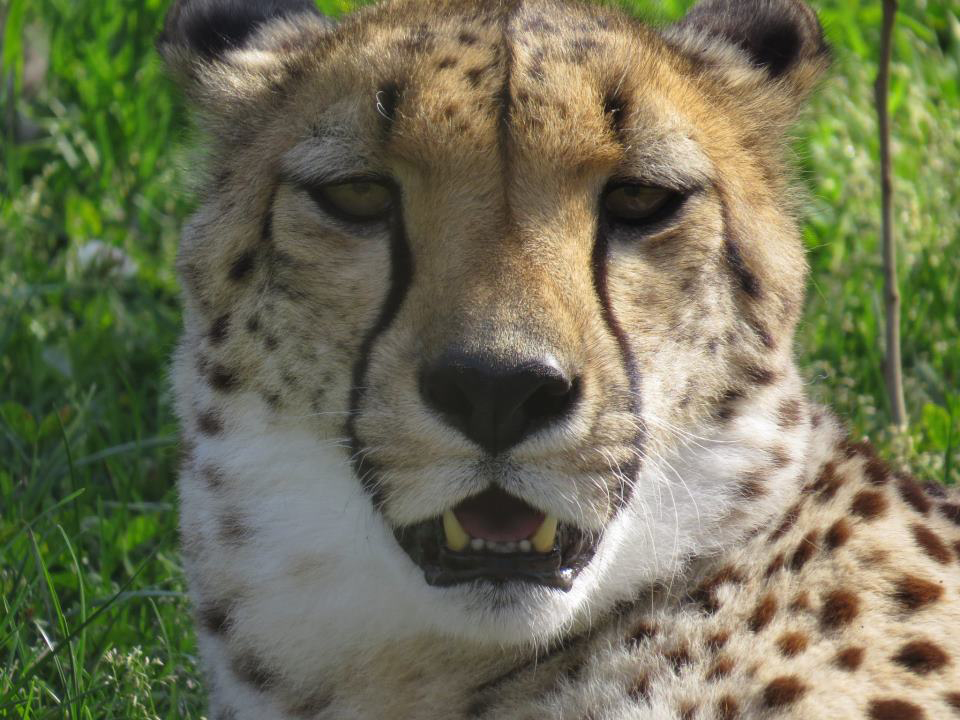 We at Safari West are sad to announce the passing of one of the founding animals in our cheetah program: Thula. Thula and her sister Gijima were born in August 2001 and came to us at six weeks old making Safari West their home.

The pair were raised as ambassador animals, which meant that we were able to work with them more intimately than would normally be possible. They provided Safari West with an opportunity to educate the public about one of nature’s most graceful and fleet-footed creatures. In those early days, Thula and Gijima were regularly seen walking around the preserve with their lifelong handlers Marie Martinez and Leslie Thalman. Visitors to Safari West were delighted and amazed to encounter them in the gift shop, down at the café, or simply wandering the property with Marie and Leslie in tow.

In later years, Thula and Gijima transitioned into a quiet retirement and the excursions beyond the habitat fences became largely a thing of the past. They remained a daily part of the Safari West experience, however, spending nearly every afternoon lounging on their habitat lawn.

We said goodbye to Gijima back in 2016, and now we mourn the passing of her sister, Thula. While we grieve the loss of a dearly loved animal and friend, we are heartened by the knowledge that Thula enjoyed a long and valuable life. We take comfort knowing that Thula is now running in the great savannah in the sky. We love you, Thula. We will miss you fiercely.

2 thoughts on “Farewell to our Beloved Thula”

Farewell to our Beloved Thula