At Safari West, we think about endangered wildlife every day. Each May however, we invite all of you to join us for Endangered Species Day. A special day we set aside to pause and reflect on the wild creatures in crisis around the world. Safari West is home to many members of this unfortunate—and growing—club. Some well-known examples include our rhinos for example. The southern white rhinoceros (Ceratotherium simum) falls under “Near Threatened” on the IUCN Redlist, a situation resulting largely from poaching and habitat loss. Giraffes recently joined this club as well. Giraffa camelopardalis jumped to “Vulnerable” back in mid-2016. The sleek and speedy cheetah (Acinonyx jubatus) shares this gloomy classification as well.

Other less well known species make their homes at Safari West, and many of these are on the list as well. Did you know for instance, that every lemur species on the planet has made the list? The famous ring tailed lemurs (Lemur catta) qualify as “Endangered”. While both our black and white ruffed lemur (Varecia variegata) and red ruffed lemurs (Varecia rubra) sit in the “Critically Endangered” category. You’d never know it as you watch them frolic at the preserve, but these lemurs wild cousins are in crisis.

Alongside our big mammals Safari West houses a large number of endangered birds as well. The hooded vulture (Necrosyrtes monachus), like so many vulture species, teeters on the edge of extinction. “Critically Endangered”, hooded vultures have suffered from a variety of modern issues, ranging from expanding agriculture and its overuse of pesticides, to inadvertent poisoning. The incredibly strong stomach acids of vultures can actually digest the lead ammunition left in the carcasses of many human-hunted animals. This very thing accounts in part for the decline of the magnificent California condor as well.

The Waldrapp ibis (Geronticus eremita)—which also looks a bit like a vulture though it isn’t—was until very recently classified as “Critically Endangered” as well. Ominous looking birds, they once ranged across much of Europe, North Africa, and the Middle East. Over time, their numbers dwindled until only few widely scattered colonies remained. Enormous effort and energy has been expended trying to conserve this species and it appears to have paid off. Migratory by nature, Waldrapp ibises have begun to revisit some of their ancestral ground, showing up in places like Saudi Arabia, Yemen, and Turkey.

While Waldrapp numbers are still vanishingly small (only 200-250 mature individuals) the population has mostly stabilized, leading to a reclassification in the fall of 2018 from “Critically Endangered” back up to “Endangered”. A small victory to be sure but in the fight for wildlife conservation, we treasure victories of any sort.

Struggles in the Sahara

Alongside the Waldrapp ibis many North African species face an uncertain future. Many of our most endangered mammals hail from the same arid region. The Sahara desert is among the most inhospitable regions on the planet. Species that thrive there are by their very nature, desert specialists. Specialists that tend to have a tough time adapting to rapid change. Things like urban sprawl, oil exploration, expanding roadways, and war have all had major impact on these desert species.

The beautiful scimitar horned oryx (Oryx dammah) falls under the most dire of classifications: “Extinct in the Wild”. Wild scimitars have not been seen since the late 1980’s and the species survives solely in human managed care. It’s worth pointing out that classification nearly always lags behind the reality on the ground. Counting animals in the wild is hard and proving extinction even hard. Although the last wild scimitar disappeared around 1989, the “Critically Endangered” classification persisted for a decade before they were finally recognized as “Extinct in the Wild”.

The addax (Addax nasomaculatus), a spiral horned antelope from the same Saharan region falls under the “Critically Endangered” classification. While the official estimate puts their population at around 100 individuals, some suspect that like the scimitar, the addax may already have gone extinct in the wild as well.

Extinct means extinct and extinct is forever. But “Extinct in the Wild” means we still have a chance. Thanks to places like Safari West, conservation facilities that care for and propagate human-managed populations, sometimes we can come back. In the decades since the scimitar horned oryx disappeared from North Africa, herds of these animals have thrived in zoos, wildlife parks, and conservation breeding facilities across the globe. Just within the last few years, a massive cooperative program has begun to slowly reintroduce these animals to their ancestral home. This reintroduction program gives us reason to hope. While we may have lost the dodo, the stellar sea cow, and the passenger pigeon, perhaps we don’t have to lost these species.

We should be encouraged by the scimitar reintroduction program, by the upgraded classification of the Waldrapp. We should continue to work to find ways to live less impactful lives. To pursue balance with our environment. To give as much as we take. On Endangered Species Day, we want to take a moment to look honestly at the situation faced by so many species and ecosystems. But we don’t want to let it discourage us. There are still ways to conserve what’s left. Still ways to build a better tomorrow.

Thank you for supporting Safari West and all the other facilities and programs like us. And thank you for joining us and commemorating this Endangered Species Day. 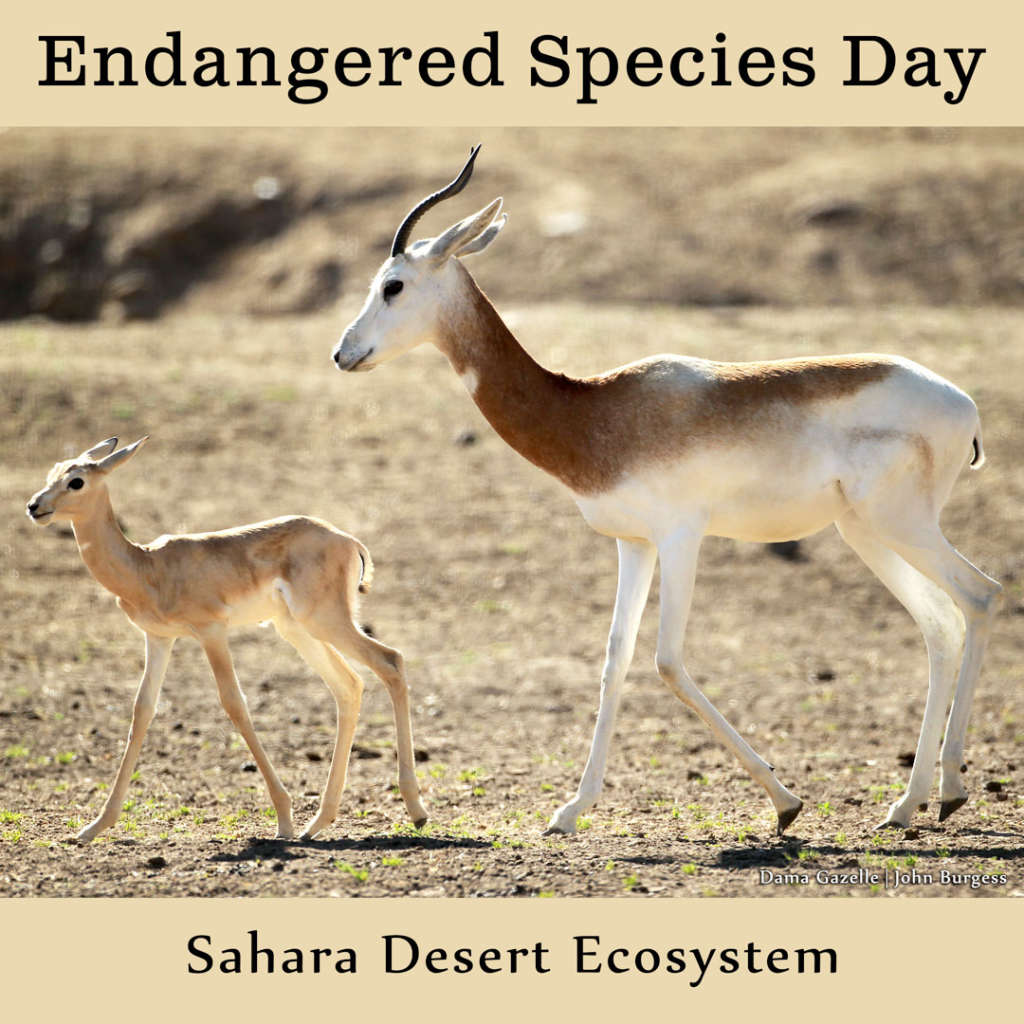 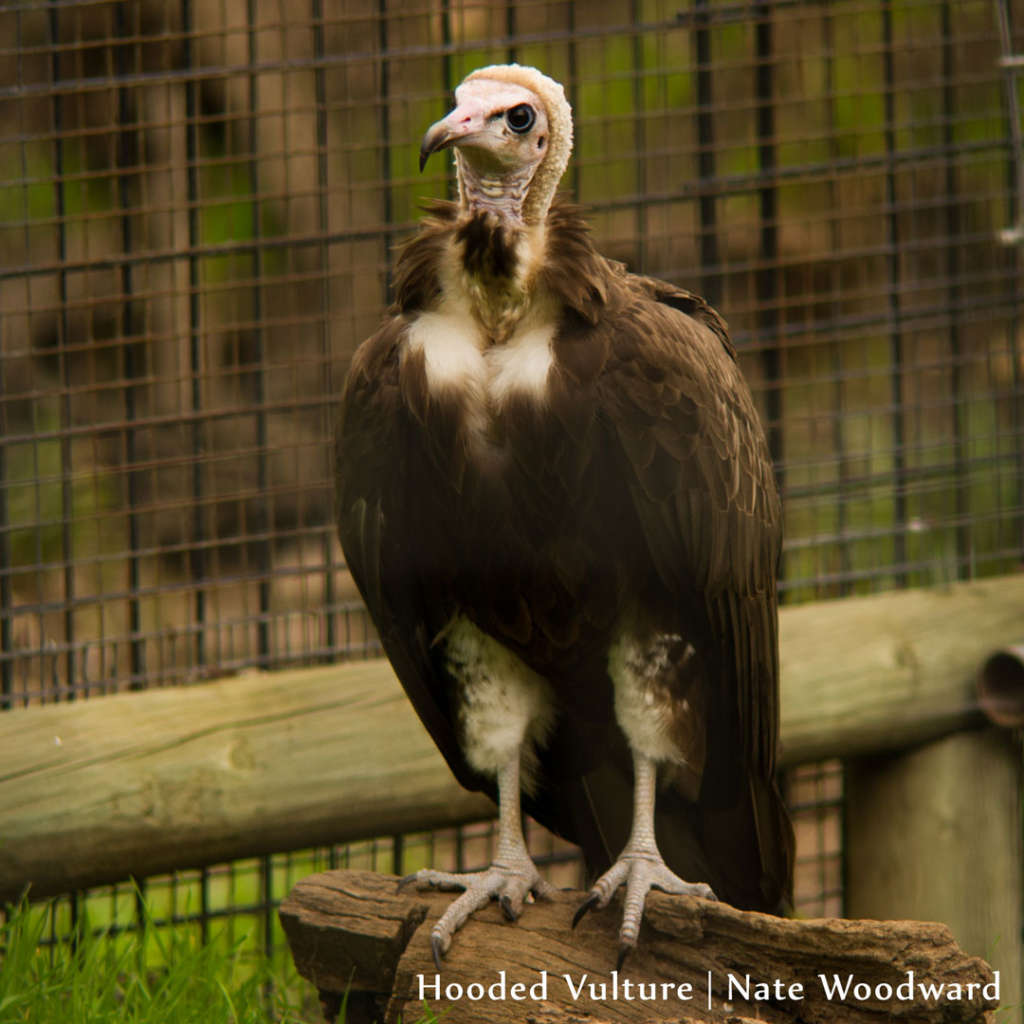 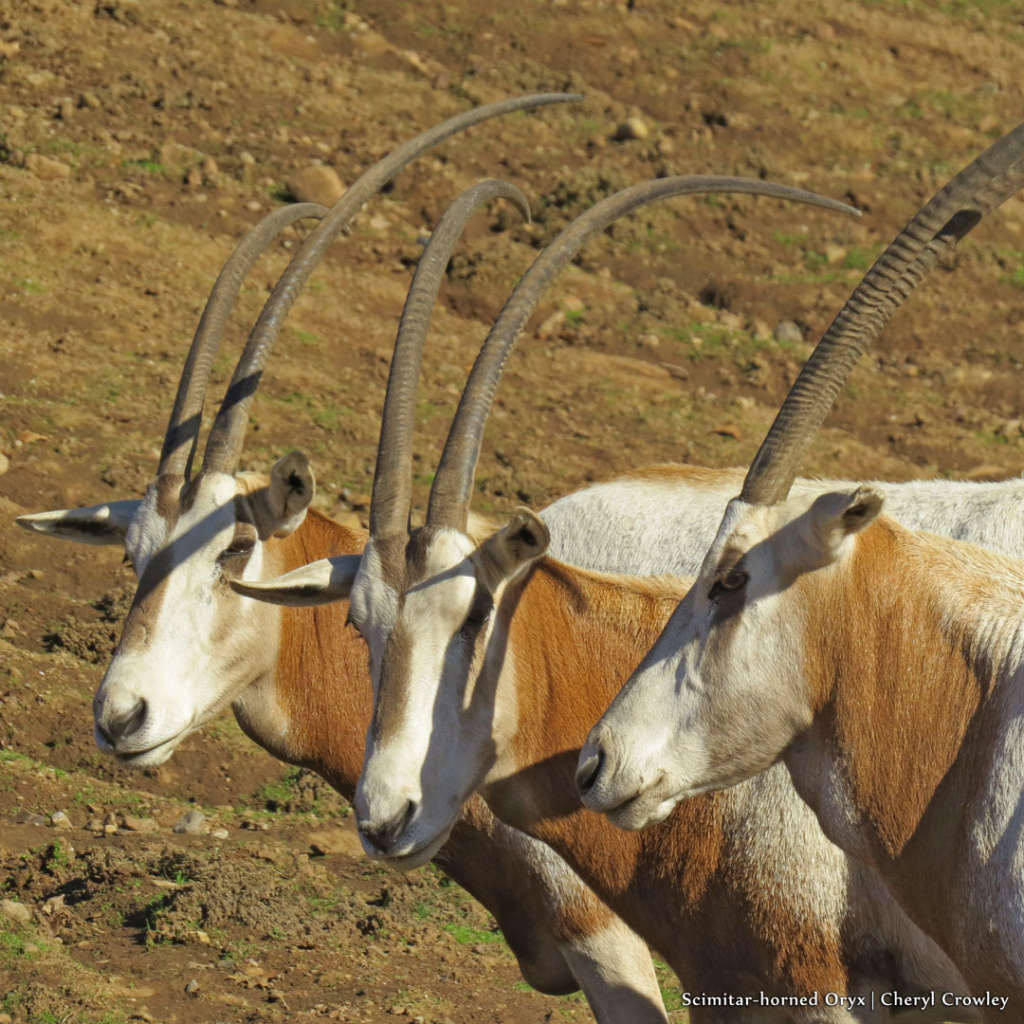 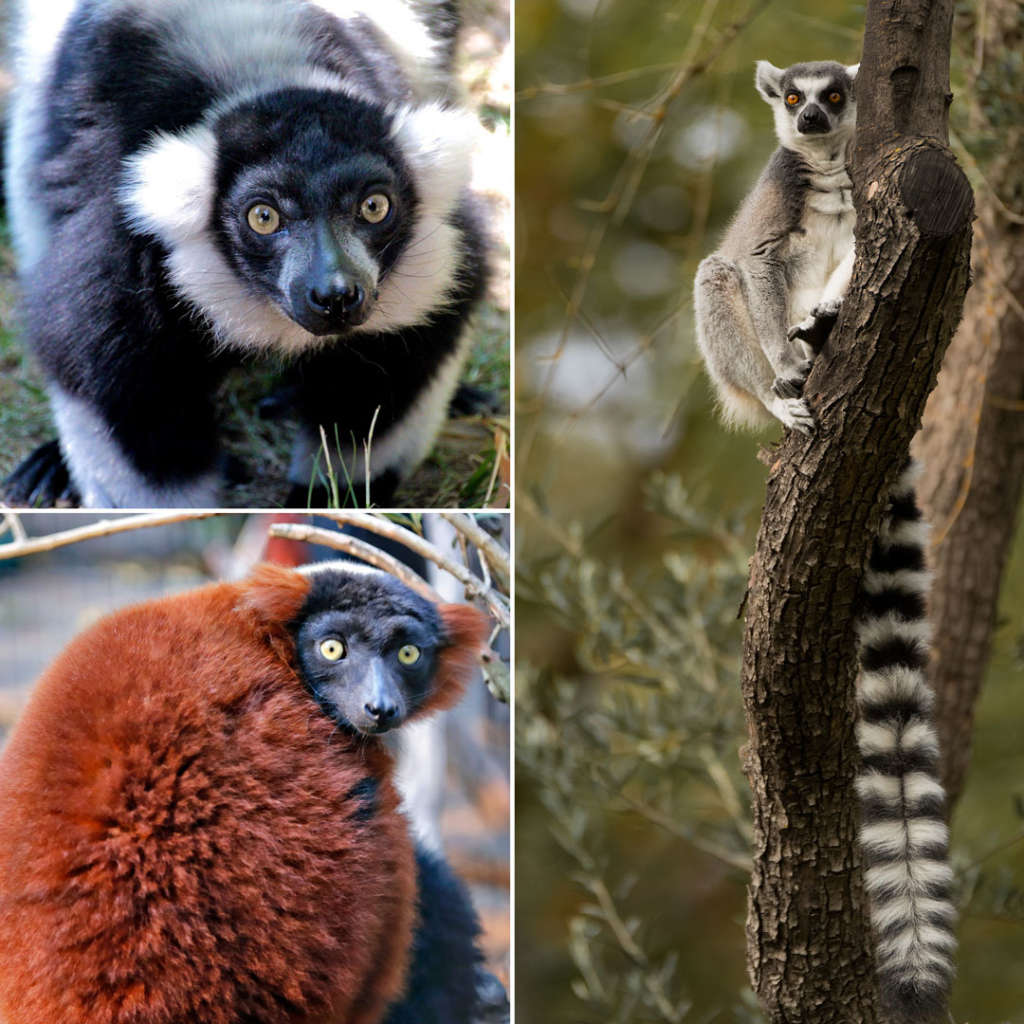 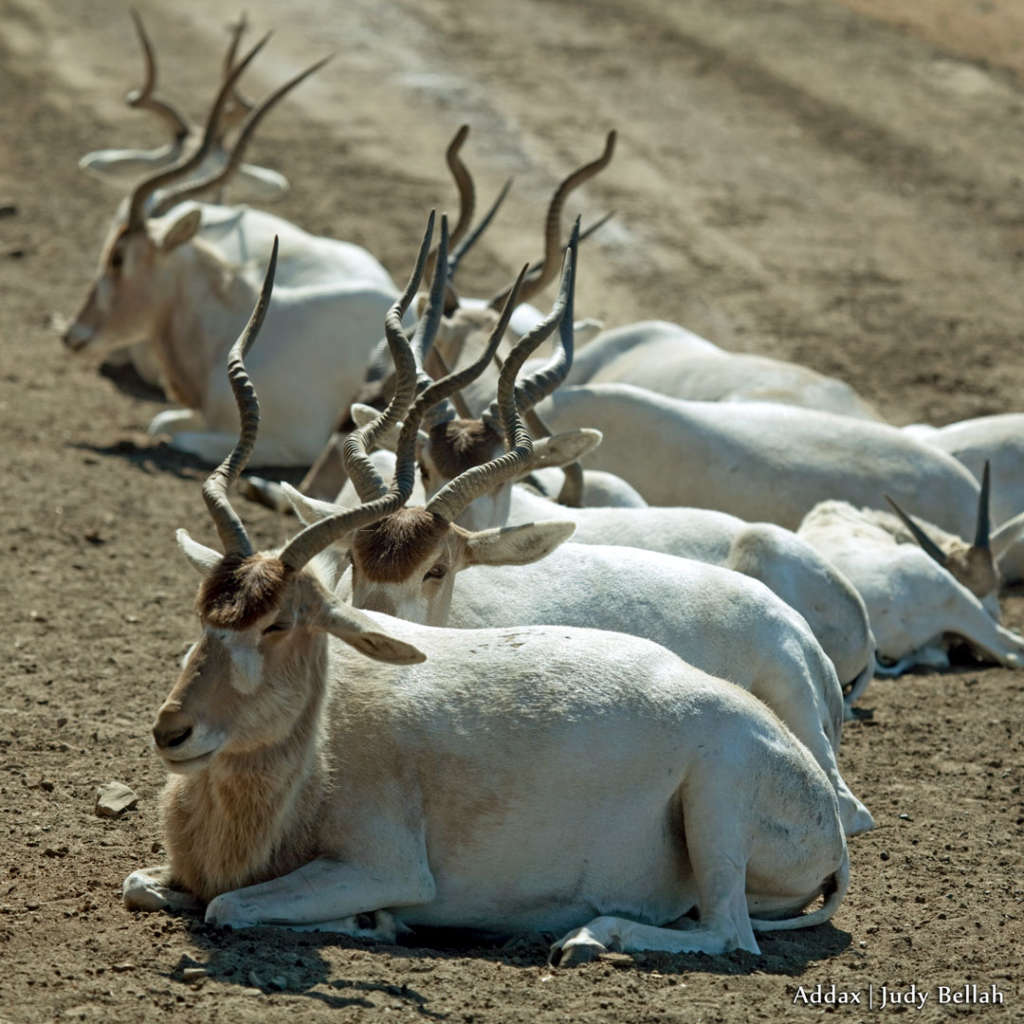 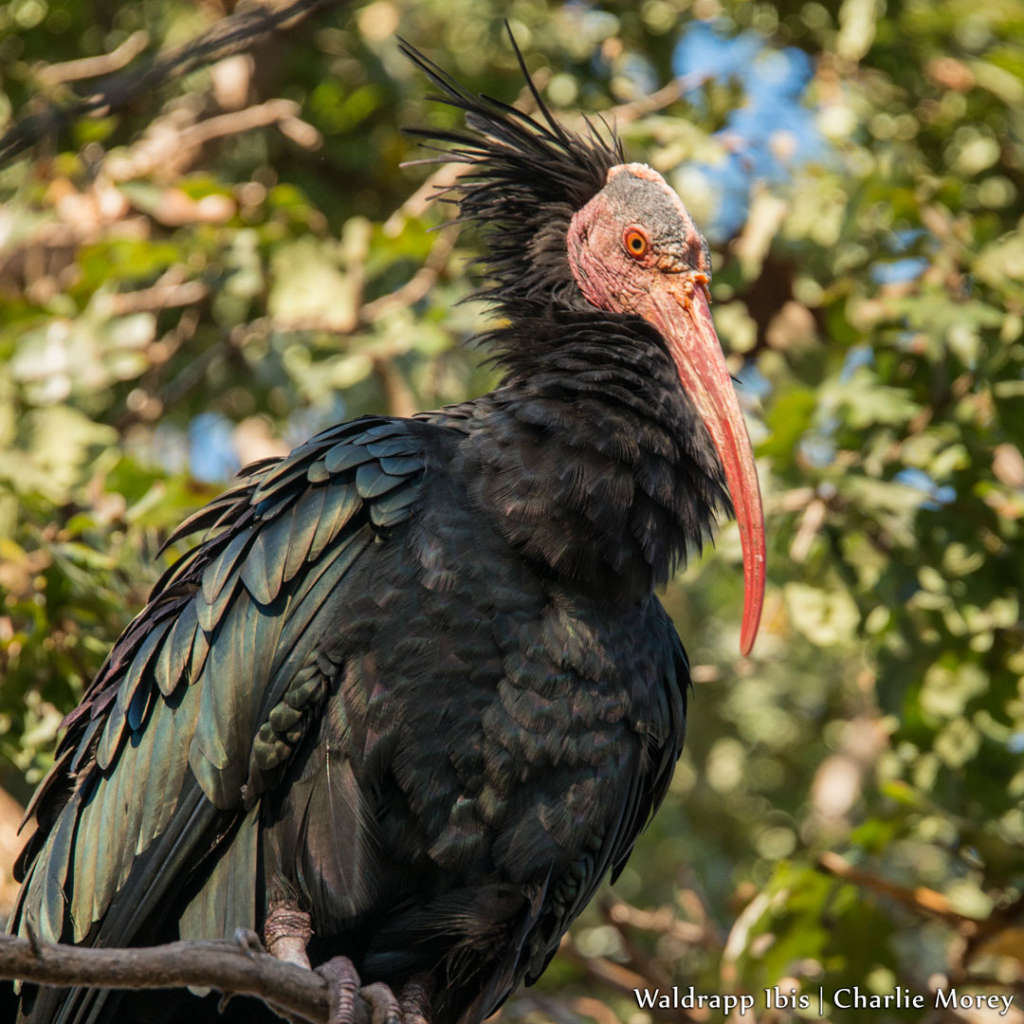