Hi there! My name is Kimberly and I am the Registrar at Safari West so I keep up with all of the things that have to do with the animals in our care. I am a hand-rearing specialists. One of the best parts of my job is getting to take care of some of our baby animals when their animal parents are not able to.

This year we are so excited to have added a new Abyssinian Ground Hornbill to our flock. We pulled this egg from the nest to incubate and hand rear to ensure that we would have a chick, as the parents had not been successful with their previous eggs this season. 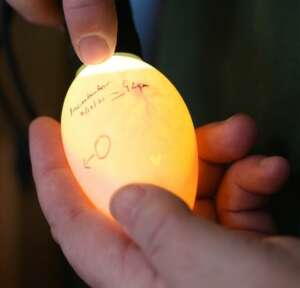 This egg was placed in the incubator where it sat for a long 40 days before it hatched. The egg was closely monitored and weighed every day to ensure the proper development. It was candled frequently (candling is when we shine a light through the egg to see how the chick inside is doing) and we were able to see the heart beating in the beginning. Later on we watched the chick as it moved about inside and finally we saw it poke its head up into the air cell as it prepared to hatch.

We were able to catch a peek and say hello as the chick prepared to leave its egg behind.

The chick was quite small, vulnerable and pink when it emerged from the egg. The eyes were closed and there were no feathers so the chick required a lot of attention and a protected environment.

We were able to send the egg shell to a lab just after the chick hatched to find out the sex. It’s a boy and the Keepers have named him Archer!!! 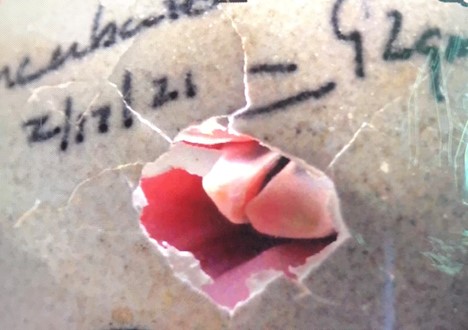 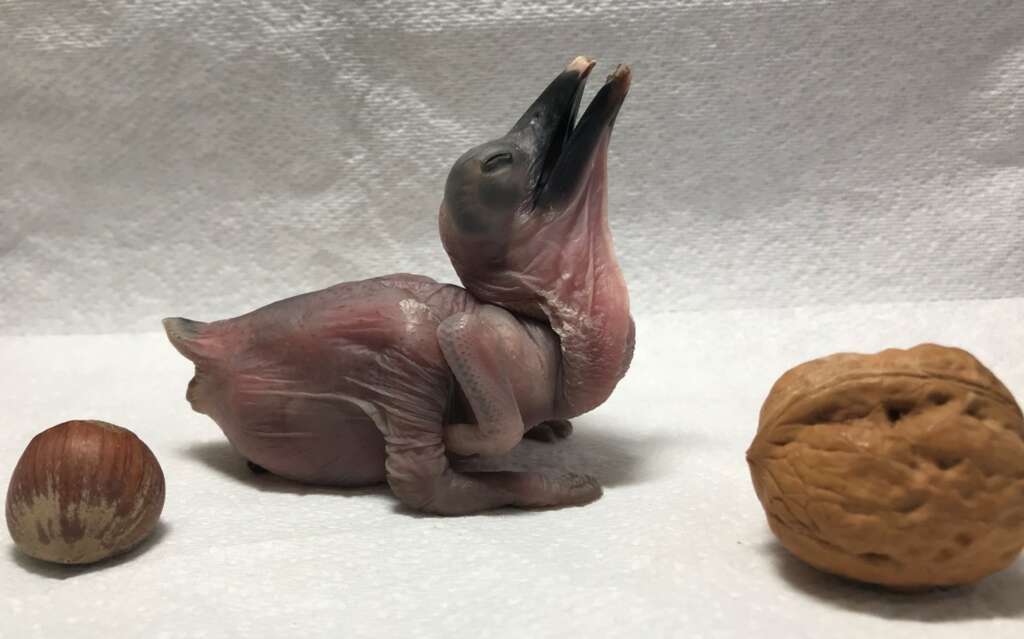 He started out at 59 gms. He was being fed every 2 hours with an 8 hour rest period every night. Now at the end of 3 weeks, he has some stubbly feather growth, his eyes are open and he no longer needs to be in the warmer. He is eating 3 times a day and weighs just over 1 kilogram.

Archer is a carnivore. He eats mice and, well, if you put food in one end, it has to come out the other. In the beginning, it was not too bad as there wasn’t much and it didn’t smell too bad but oh my, as he has gotten bigger, it has become a different story all together. As one of the complications with these babies is impaction, I have to remind myself that “poop is good” no matter how stinky and boy, is he doing a good job.

We have used a walnut and a hazelnut to as a reference to see how he has grown.

We will be sending you more updates on Archer as he grows up. We expect him to take his first steps when he is about 3 months old and look forward to sharing them with you. 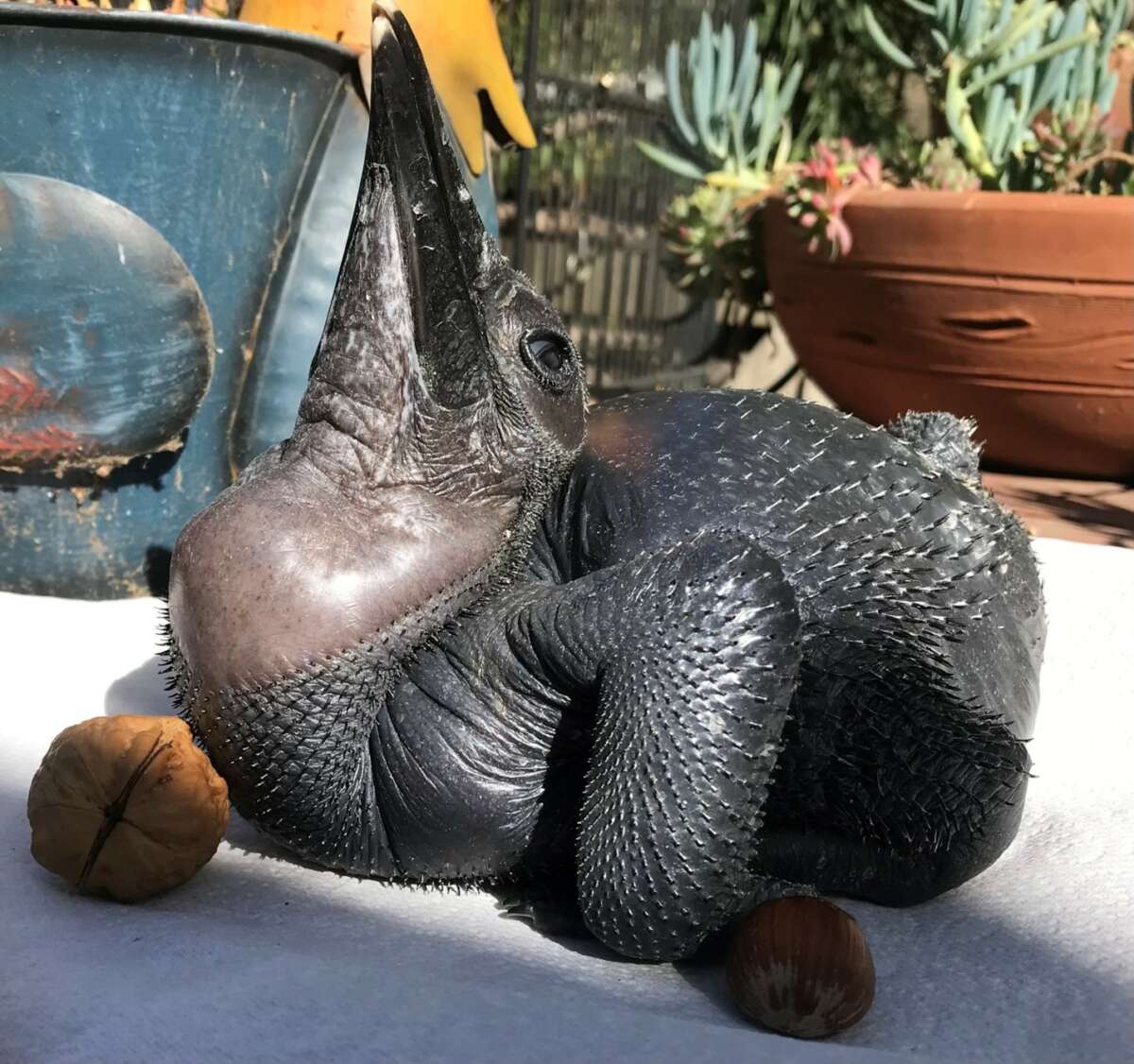