In 1992, Laurette Roger’s 4th grade class learned about the plight of the California Freshwater Shrimp, an endangered species only found in a few sections of stream in Sonoma, Napa, and Marin counties. They were sad about the disappearance of a unique form of life so close to home, and wanted to help. So, they formed the Shrimp Club: a student-led group aimed at educating the public, making connections with landowners, and restoring the waterways that these shrimp call home. The Shrimp Club went on to be one of the most successful class projects in the state, raising more than $100,000 over the course of a few years and protecting a large portion of California Freshwater Shrimp habitat! As the project continued to expand, it was picked up by two local non-profit organizations in 1998 and was renamed to STRAW: Students & Teachers Restore a Watershed. STRAW is now run by Point Blue, a conservation research and education non-profit based in Petaluma, California.

Since 1992, the Shrimp Club and STRAW have completed more than 750 watershed restoration projects over 42 miles of creek banks, empowering more than 300 teachers and 50,000 students to help conserve their local waterways. Along with this amazing work, STRAW also hosts an annual workshop for teachers, called Watershed Week. At Watershed Week, teachers learn about a new aspect of local ecology and conservation education each year, and have the opportunity to network and share ideas with dozens of other teachers from around the bay area. Safari West’s Conservation & Outreach Manager Marie and Conservation Writer Mark were given the opportunity to attend this year! 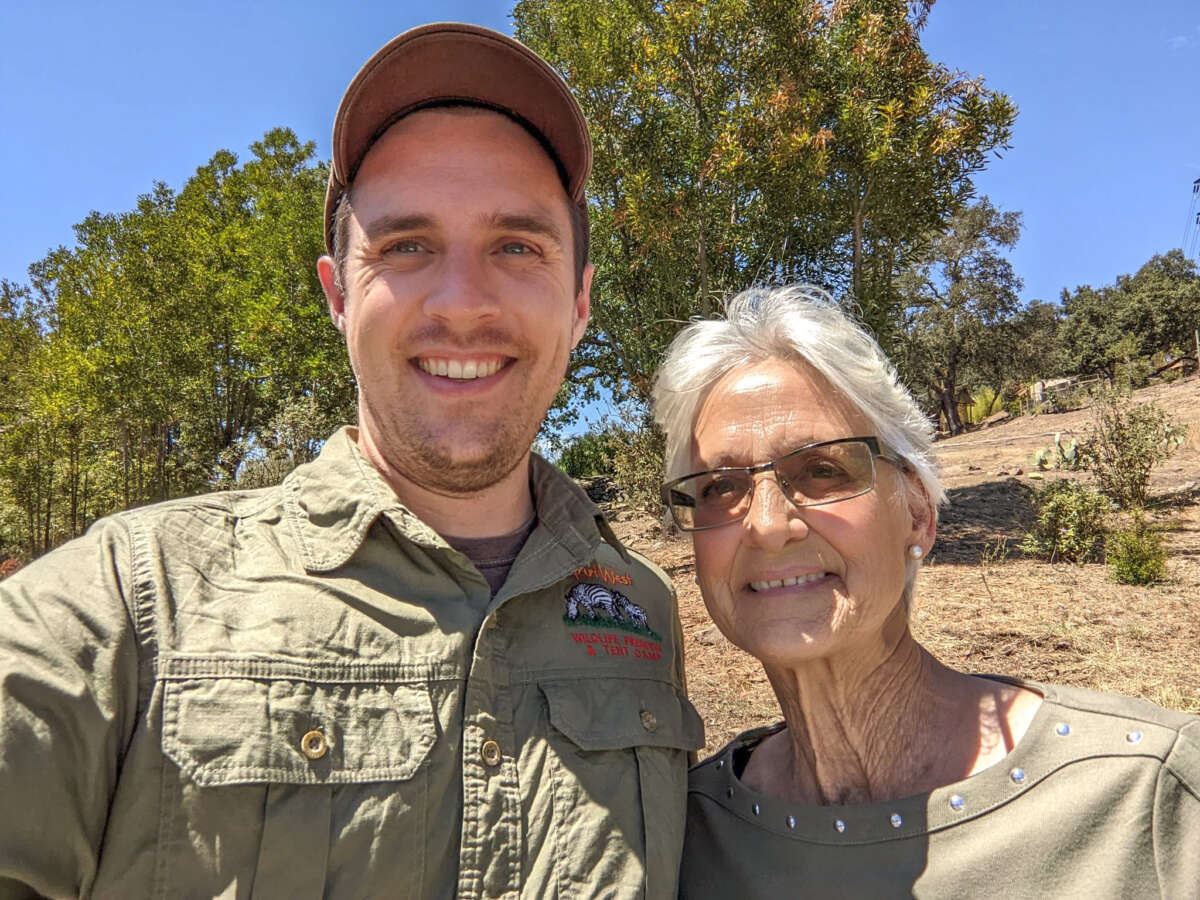 Marie and Mark excited to learn about our local wildlife!

The theme of this year’s Watershed Week was pollinators! It would be impossible to condense two days worth of fantastic information into a short paragraph, but here are a few of our favorite new things we learned: 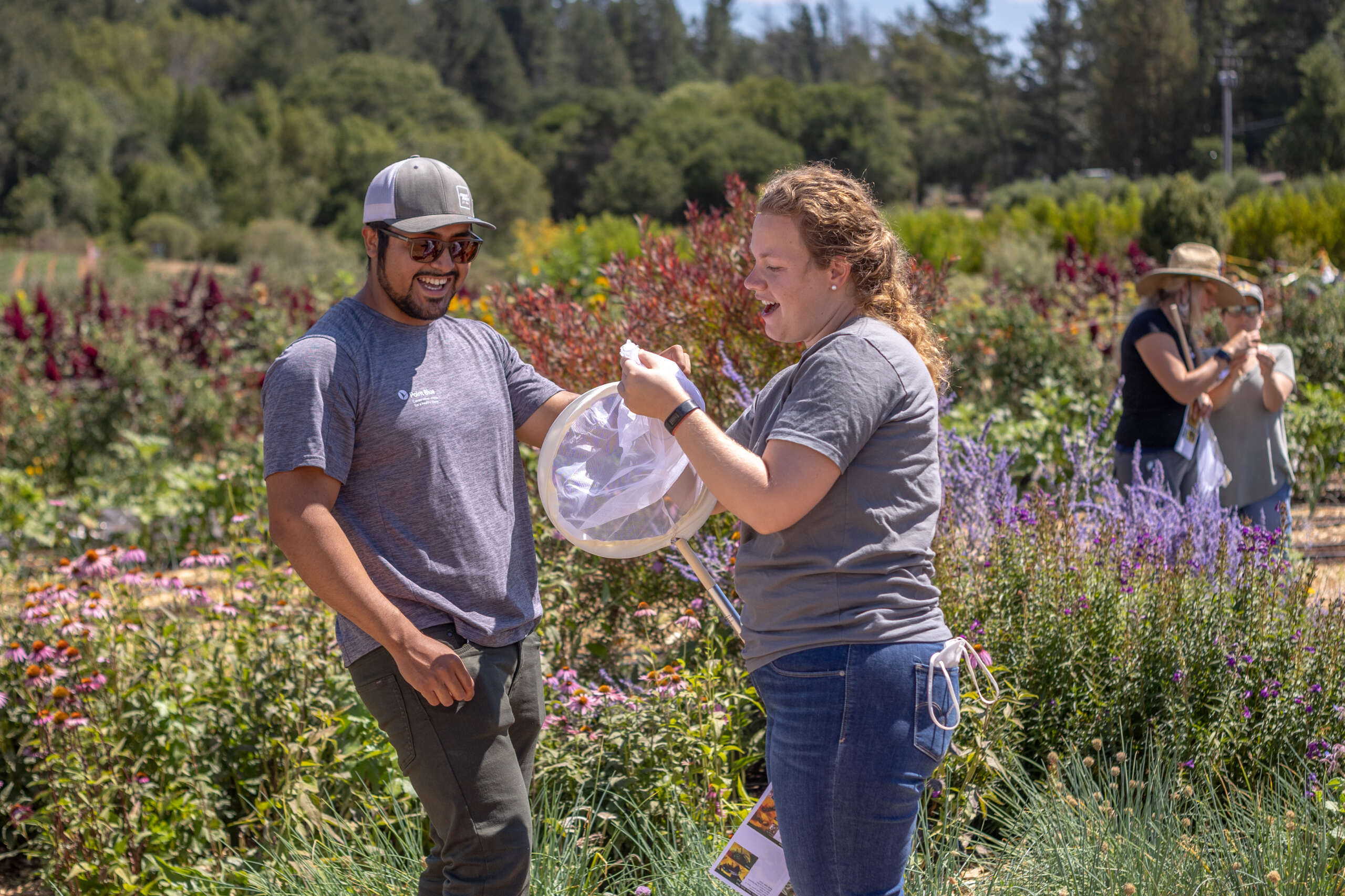 Along with interesting information, we learned fun teaching exercises to show kids the diversity of pollinators and their role in the ecosystem, as well as advice on starting and maintaining pollinator gardens—we can’t wait to apply it to the pollinator garden above our front office! Most importantly, we learned more serious information about conservation issues that pollinators face, like the 90% decline in Western Monarch butterfly populations since the 1980s, and how we can help. Madeline Kangas from the Xerces Society for Invertebrate Conservation was present, and shared some great resources on this front. The Xerces Society Monarch & Milkweed Mapper program allows community scientists like you to record any monarchs or native milkweed plants (monarch caterpillar food) you see, and help scientists get a better understanding of monarch population size and movement. 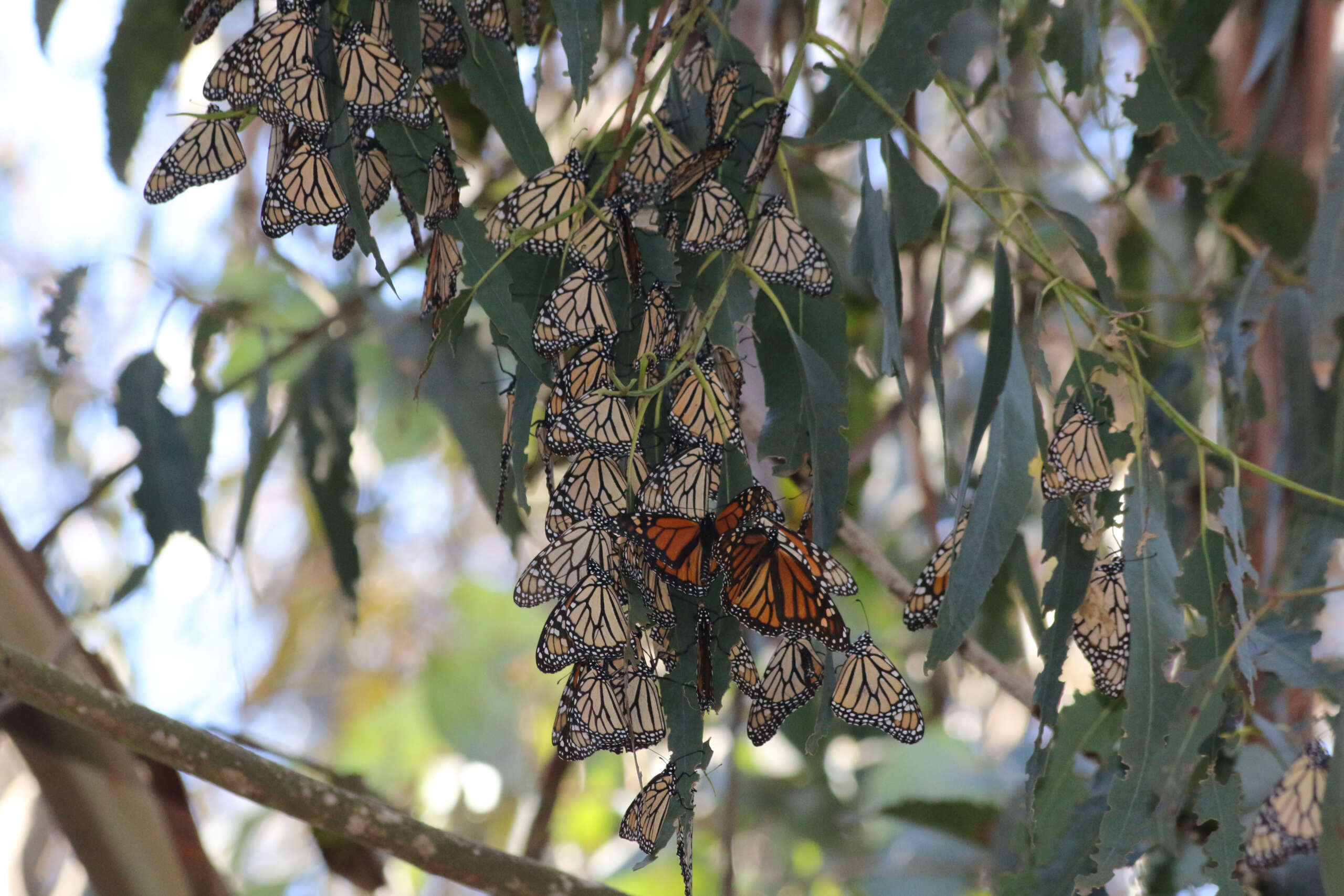 Overall, Watershed Week was an amazing opportunity for teachers to connect with peers and experience the wonders of our native pollinators. All of the instructors were extremely empathetic to the difficulties of teaching in a post-pandemic world, and never stopped expressing their gratitude towards the teachers who have continued to find ways to engage and inspire their students over the last two and a half years. 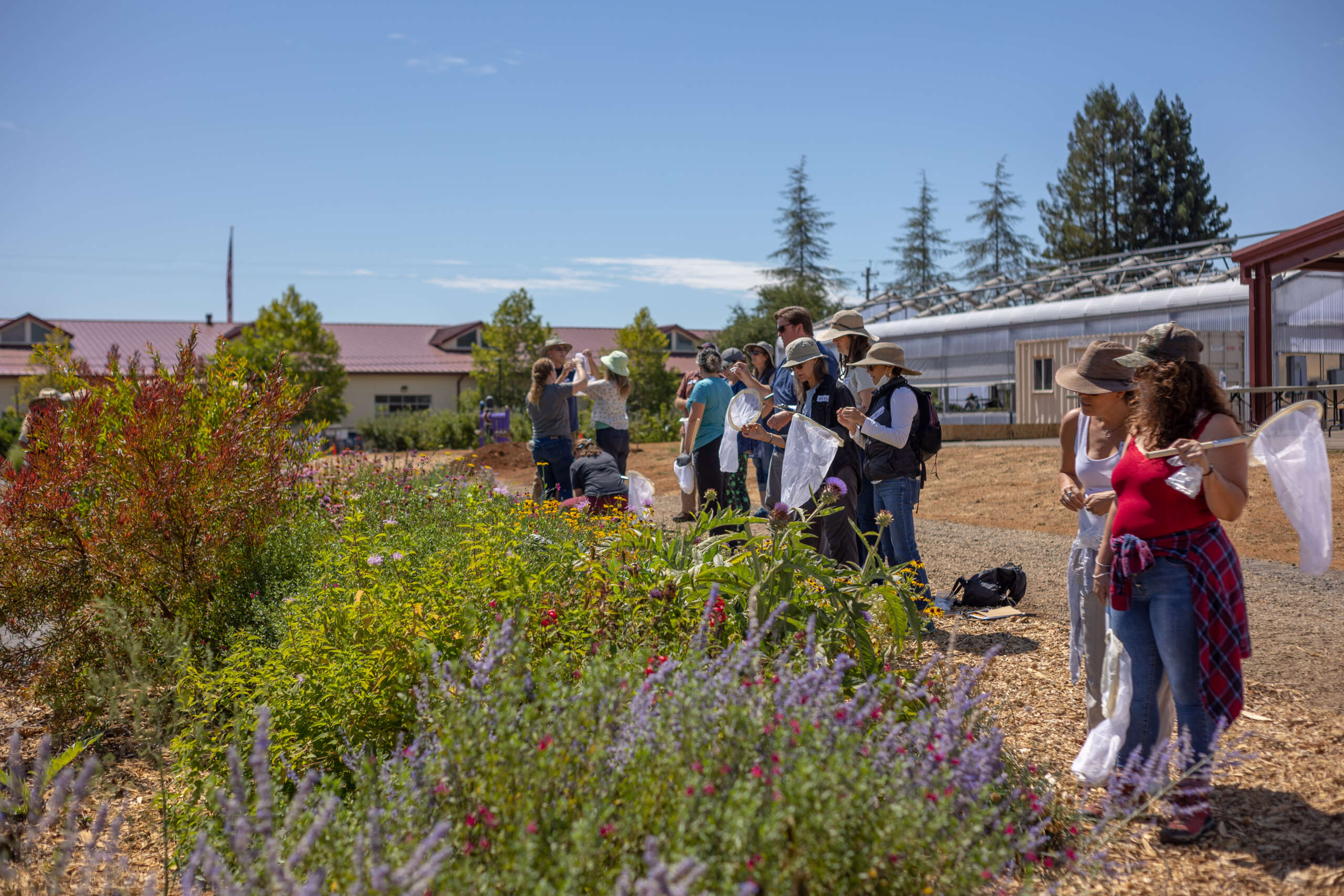 Throughout everything we learned, an overarching concept stood out: both kids and adults must know and love nature to want to save it. This is our mission at Safari West, but sometimes we get so caught up in the majesty of a giraffe, a rhino, or a zebra that we forget to stop and appreciate the majesty of small nature—a gorgeous bee landing on an intricately beautiful flower, the relationship they share, and their importance to the rest of life on this planet. Thank you, Point Blue and STRAW, for reminding us of this. We’ll leave you with our favorite quote that was shared during the workshop, from the great poet Emily Dickinson:

“The lovely flowers
embaress me.
They make me regret
I am not a bee.” 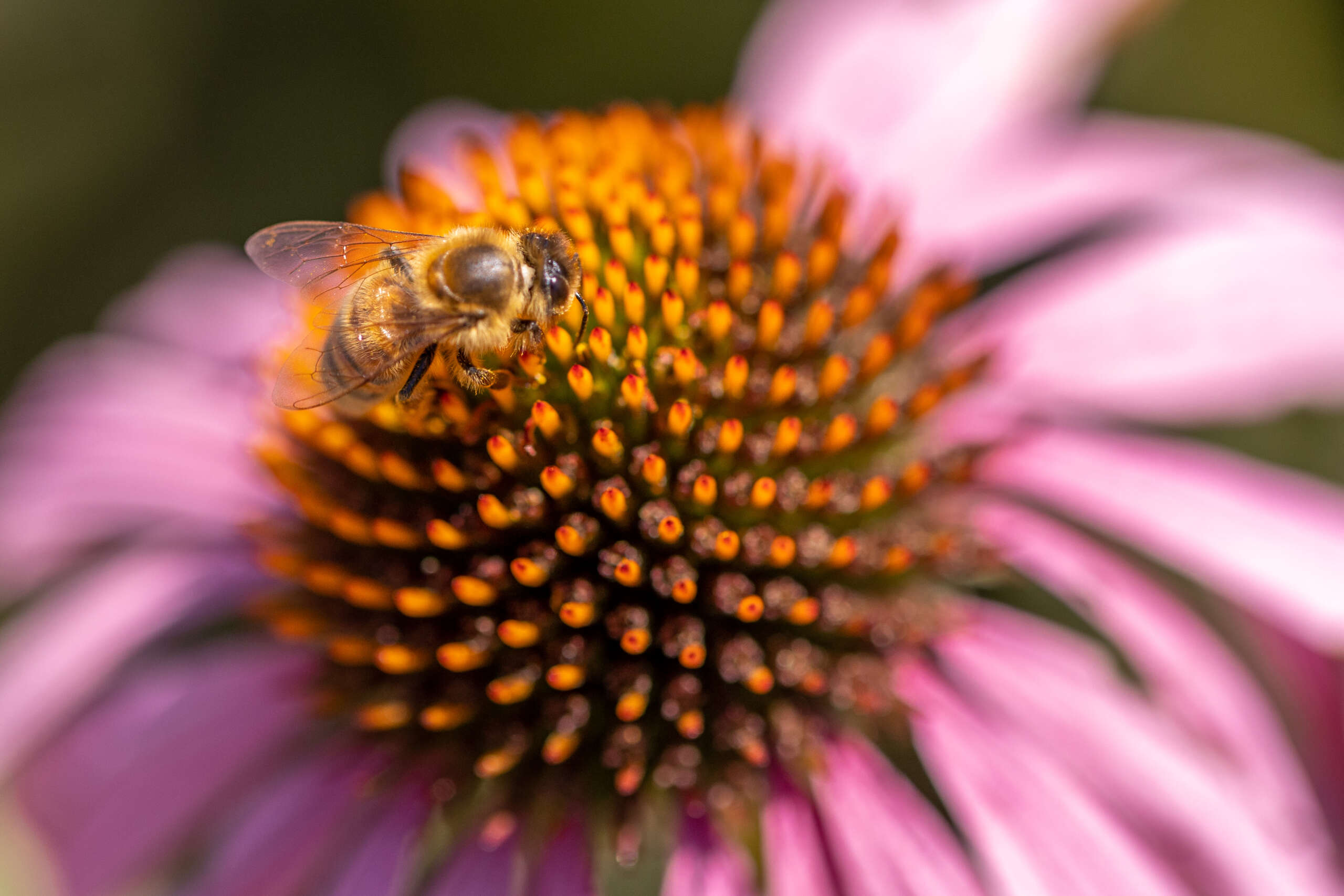 A honey bee hard at work on a coneflower. Photo Credit: Mark Pressler

You can help students and teachers with their watershed restoration projects here:

You can help scientists map out Western Monarch populations and their food here: